A little over two months ago, Ferme d’Hiver completed its first round of funding, and the company started its deployment phase.

In Vaudreuil, the first industrial-scale Ferme d’Hiver is under construction and the first harvests are expected in October 2021. This project, which will cover more than 1,000 square metres, will double the quantity of strawberries produced in winter in Quebec, demonstrating the full potential of our agro-technology solution.

In addition to these efforts, the organization’s deployment will be further supported by three new recently-hired resources. Together, they will consolidate the company’s efforts in matters of finances and accounting, marketing and communications, as well as business development. We are very happy to welcome them to the team. Their arrival represents an important step for Ferme d’Hiver and the fulfillment of its mission, which is to set up an eco-responsible indoor produce growing production that is integrated with existing supply chains.

At the same time, Ferme d’Hiver relies on three development axes in order to reach its objectives, including replacing 10% of strawberry imports to Canada within 3 to 5 years. By adapting our strategies to the agricultural reality, we aim to offer our agro-technological solution both for local growers and major players in the agrifood industry:

Local and urban axis – Ferme d’Hiver installations under 1,000m2 that can easily be integrated into existing produce growing facilities or urban buildings.

Industrial axis – With our ability to support large-scale projects, Ferme d’Hiver is an ally on the path to food autonomy in Quebec, ensuring year-round produce production and reducing our dependence on imports. This axis aims to deploy Ferme d’Hiver installations over 1,000m2.

Finally, Ferme d’Hiver recently entered into two strategic partnerships with Zone Agtech and the SADC du Suroît-Sud. Supporting produce growers as they integrate our solution into their operations is a priority. That is why we joined forces with partners specializing in economic and agricultural development. Together, we will have all the tools to guide produce growers through the development of a business plan, financing structure and access to subsidies.

One thing is certain, Ferme d’Hiver has taken off and the future looks bright. The long-awaited winter strawberry, Fraise d’Hiver, will be making its debut in several IGA stores across Quebec starting in October 2021. Consumers will be delighted to know that this little red berry was harvested in an eco-responsible manner and without chemical pesticides – Watch it steal the show throughout the cold season! 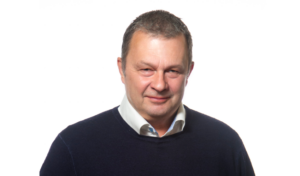